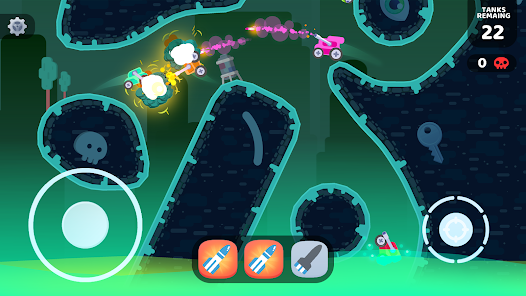 You’ll never forget the tank warfare you’re about to join in this IO game! You can jump on a rocket & destroy enemies’ tanks flying, or make them fall to lava, shooting upside down. There are thousands of ways you can choose to fight your opponents!

Play the shell shocking tank game in a single-player mode or in a team with other pocket tanks. Beat all the enemy war machines and survive in the IO arena!

Why you’ll love this tank game:

Mad Royale io is one of the most exciting action tank games you’ve ever played. Make the right shot quickly or you’ll lose the war game! Download & play the fun fast-paced tank battle royale right now, command a tiny war machine, and show the world who is a real tank star!